I'm pretty happy that Juked make a space for this poem which probably has a very limited audience....

privilege of a possession-free world

pope’s opposed since such a world is bad for consumer capitalism kidding!

famed for his hunger games

Solastalgia on Refuse: A Journal of Iconoclasms

My "poem" mixes a little #solastalgia (distress caused by degradation of one’s environment) into a lesson plan on strip vs. deep mining designed for Kentucky 3rd-graders  https://refusejournal.com/solastalgia/

Is the Refusal Turn something different than the previous turns, something that refuses to pay tribute to the canon and beat its many dead horses? Could this turn, rather than branching fractally off of the original DNA, instead turn on itself, begin to eat and metabolize and decompose its own material, like a cancer, an ouroboros, an auto-cannibal?

Motherland on What Rough Beast

A poem about the family politics has been up on Indolent Books' What Rough Beast for a while. When I say "family politics," I mean mother's politics, and the poem is called "Motherland." I don't think she'd have survived the last few years. I'm awfully hard on her here, as I often was. No doubt that's why it took me so long to post. It's linked here and begins:

Mother was a party girl—volunteered
for Dems, loved her U.S. history—and
I’m sort of a party girl, and yesterday
at a get-out-the-vote phone bank
I spotted her across the room for a split—
just a quick—the old ugliness dropped
away. She must’ve rotted by now, the witch,
but this year friends bring her up. How
she drew us near to argue, debate,
to rap on her principles, her America.
But any fine idea can veer off the path,
a child astray, blue-white disappointment....

Email ThisBlogThis!Share to TwitterShare to FacebookShare to Pinterest
Labels: poem out there on the web
Location: Al Farafra Desert, New Valley Governorate, Egypt

Listen to Lyn Hejinian giving a Harvard Woodberry Lecture called Reinventing the Workshop. This occurred in 2014, and she clarifies that she isn't interested in workshops for the poet who speaks from his or her heart, though "profound experience" and "astute observation" are favorably mentioned. In contrast, she spends a lot of time on so-called procedural methods of making poems. These are poems in which the author function gets pushed out of primacy. (My heart!) (We are late to all the parties.)

On Harvard's site, she is quoted on this philosophy of a communal poesis--or the questioning of authorship--that constitutes the reinvention of the workshop in her lecture. Somewhere else, apparently, she has written,

"The elements of expertise and inspiration that writers seek, whether in solitude or in the contexts of a workshop, are largely assumed to be requisite tools of an individual who can acquire and use them: the author. This workshop will query that assumption, and offer terms for imagining modes of composition in which authorship becomes a dubious proposition, and the grounds for establishing an aesthetic event become communal."

In the lecture, she says about the same thing, but differently.

After she has run through the Jackson Mac Low, Clark Coolidge and Caroline Bergvall work and created a group assignment for the audience--all recommended--the audience wants to pin her down to her own work. How does she, Lyn Hejinian, "establish" "an aesthetic event"?

Naturally she is most interesting here. A little hemming and hawing. A discussion of one collaboration (with a visual artist) that didn't work, and of one with a poet that did. Finally she says (admits), "I have various ways of pushing myself out of the way in order to make work that's better than I am."

A student asks the million-dollar question: what is her "criteria" for recognizing that betterness?

A brief glance heavenward, then: "That I don't fall back on motifs where I'm just repeating myself or echoing what I was raised to think of like mellifluous sounds."

Aha. Of course, it's hard not to fall back on the old sounds, our ideas of sounds, not to mention our ideas of ideas.  But okay.

Stephanie Strickland's collection "How the Universe Is Made"

After a lot of reading, a lot of researching, and a lot of googling, I wrote a review of Stephanie Strickland's How the Universe Is Made: Poems new and selected 1985-2019. The more I learned about the poems, the more impressed I grew with the entire project, which I construe as hyper-feminist. Though Stephanie is also a digital writer/artist, and though she often says that a work that is in book form and electronic form thereby contains both--that is, the one or the other is not the entire work of art--this book is a fantastic stand-alone piece.

In a style that is often witty and always humblingly erudite, Stephanie Strickland pits poetry against the wave patterns of our world. She battles our mental, physical and spiritual incarceration in culture—the “ferocious / self-completing / sentences / exerting control.”

My review, "On Slipping Code," is up at Heavy Feather Review.

A love-map, called Carte du Tendre, on the Poetry Project's e-zine, “To hear all the sky and the map”: Lines of Mapping.

(P.S. This is the truth about marriage.) 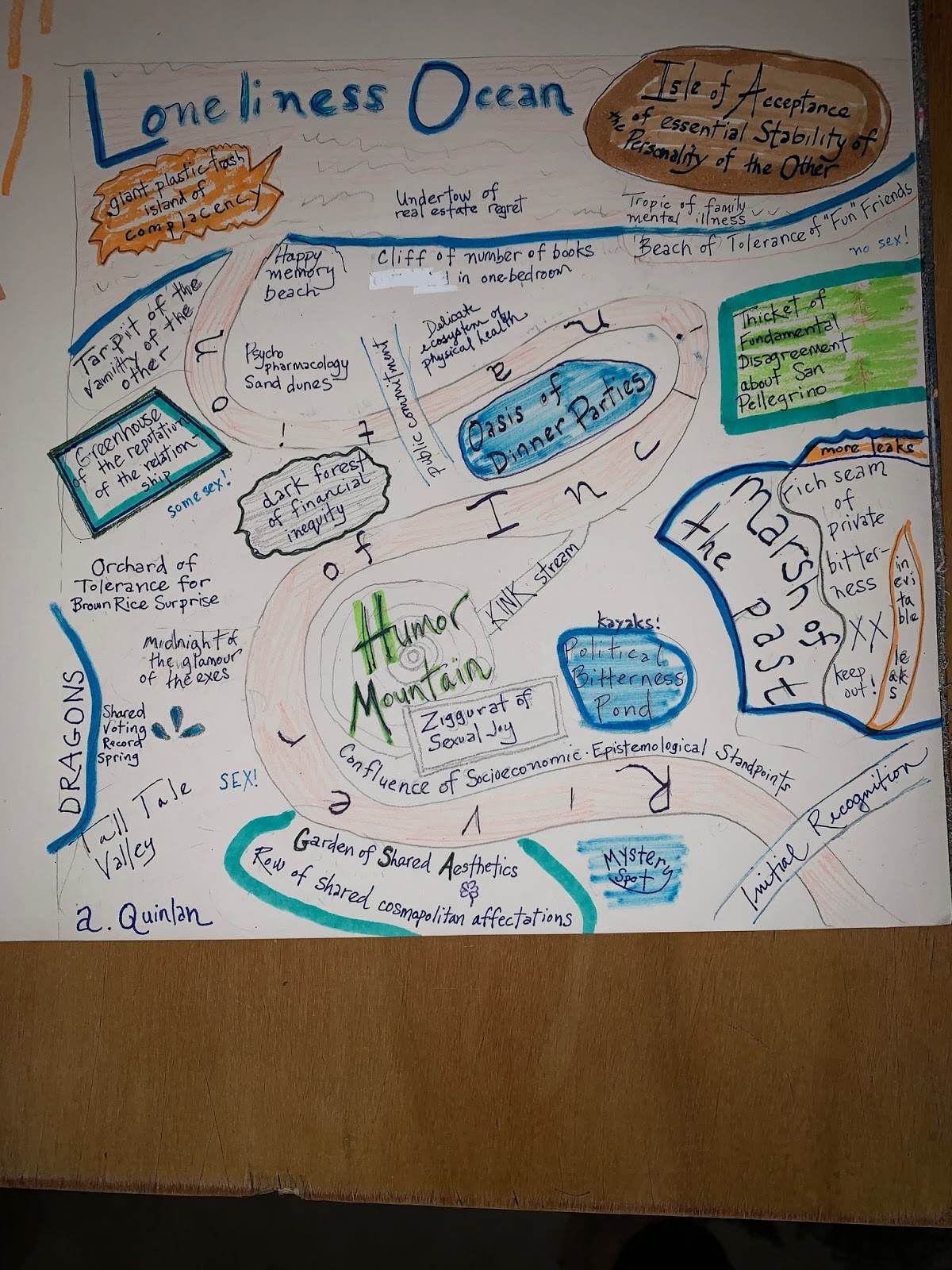 Review of Sarah Sarai's Book: That Strapless Bra in Heaven

I loved reviewing Sarah Sarai's new book, That Strapless Bra in Heaven. The review is on Heavy Feather Review and you can buy the book here.
at May 14, 2020 No comments:

"Delphi" recorded for the magicians at Missing Witches.

I sent my old poem "Delphi," about Vestal Virgins, to Risa and Amy at Missing Witches and they clapped it on the end of their Beltane May Day episode. (That's the very very very end.) Nice to have it in a magic feminist realm, though it was published long ago on a poetry site.... The poetry site seems to have disappeared my poem, sadly. Check out the episode here--and visit the podcasters' fantastic back catalog. Missing Witches are definitely doing the goddess' work.
at May 14, 2020 No comments:

The Stepdaughters Are the Wicked Ones

Scalding sand kicked to cool, cruel clouds
roll past, white on light and happy
giddy girls, volleyball reddening wrists.
Spike it, one cries. To the side, new wife...
at January 30, 2019 No comments:

Got a poem published on Indolent Books' What Rough Beast, and I'm happy about that. Even though I didn't know until just now and it was up in September.

Linked here, the poem is called, "A few of the words," and it begins:


A few of the words
Here’s some language: sweet land, liberty.Here’s a location we call mine. The mind.
Here’s a famous river in the back of the lotjust past the original song. Rocky banks
risky slope. Follow it north, pilgrim,to where it runs at a trickle. Keep
going. The philosopher calls nationalismirrational – sweet land sweet song –
but they made a word for it.
at November 29, 2018 No comments: 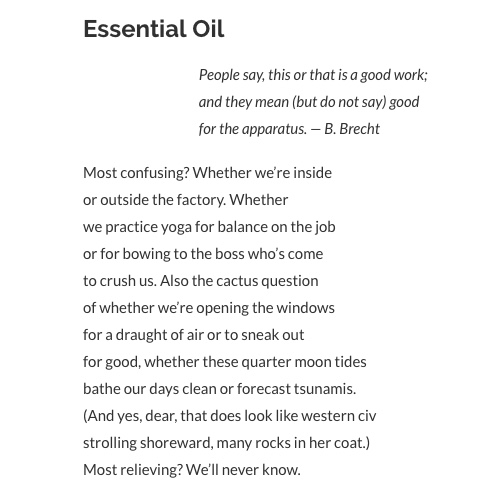 Email ThisBlogThis!Share to TwitterShare to FacebookShare to Pinterest
Labels: Brecht, cheery as ever, published elsewhere 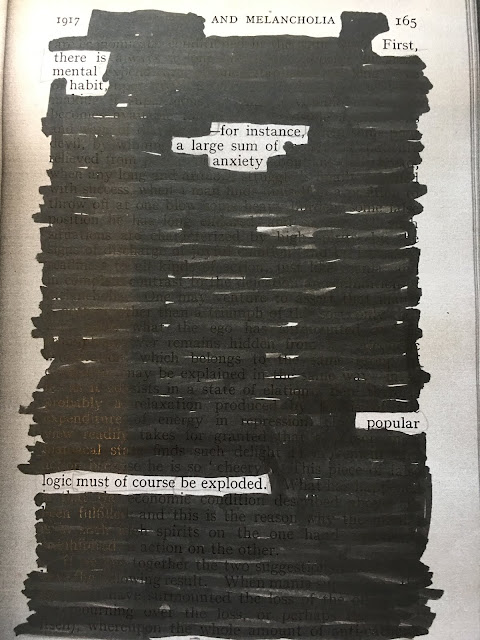 (the) silence
under peerless
vehicle noise

*
doctor says
you had
a heart attack

*
those bricks red
for the office
official order
for ignoring

child places bow
in hair
wails: but I can’t
pay the rent

*
Harvard says
half of all heart attacks
remain unrecognized

you’re not
so bad

Email ThisBlogThis!Share to TwitterShare to FacebookShare to Pinterest
Labels: napowrimo

A little Robin, a little Emerald Tablet, a little Hondo

I look up. I think incandescently
about my sister’s night sky app
that clarified the constellations
from that dark corner in Texas
April night gathered outside
here a true explanation
concerning which there
can be no doubt:
as above, so below
the secret humming beneath the secret

I look up. I think who grouped them
where they lay who drew ram, lion,
water bearer come to bring needed nectar
thirsty thirsty as we’ve been    are     who
stole a world from us, corralling stars
to make the miracle
of the one thing
look up
at April 03, 2018 No comments:

Email ThisBlogThis!Share to TwitterShare to FacebookShare to Pinterest
Labels: napowrimo, NaPoWriMo Prompted, this is a total and complete draft like everything else here

NaPoWriMo -- not quite in the spirit here. 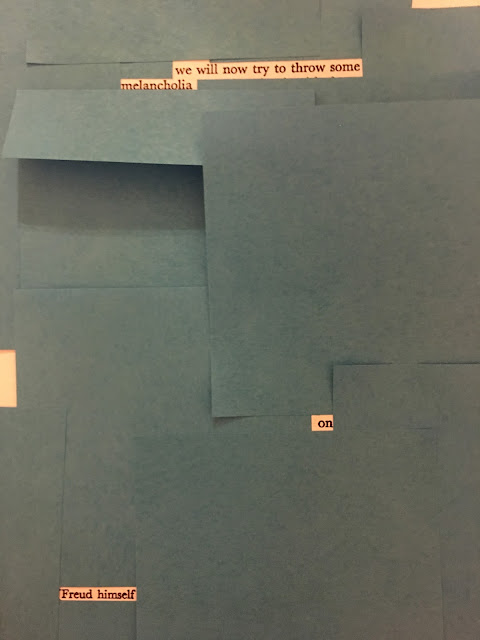 My Poems from Around the Web